On the weight of victory – Dailymailgh 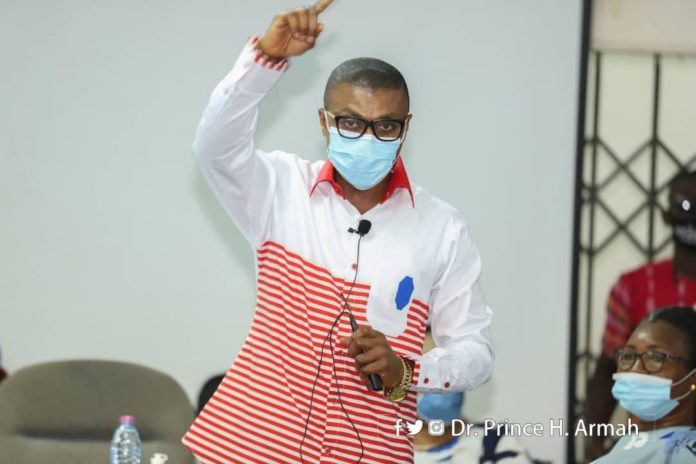 In June this year, the New Patriotic Party held parliamentary primaries for constituencies in which it has sitting members of parliament. There were some notable outcomes, such as the defeat of some incumbents who were upstaged by, in some cases, younger challengers. This was so in the case in Kwesimintsim, where I contested and won against the sitting MP, a first termer who had also defeated a four-term veteran four short years ago.

There are some for whom these developments were troubling. Ahead of the primary itself, some even suggested that some members be “protected” on account of the youth of their tenure or the supposed experience they have. While there is some merit to the argument that parliamentary work benefits from experience, it crumbles under the mighty weight of democratic accountability.

Democratic republics such as ours draw their legitimacy from the consent of the governed. The will of the voter is supreme and unassailable and any attempts to tinker with, hinder or pervert this sacred prerogative, whether it is through electoral subterfuge or administrative high-handedness, tugs at the fragile strings that hold any democracy together. We cannot and should not risk it.

In the wake of my victory, I have taken time to reflect on what it means. It is not for nothing that the great delegates of our party in Kwesimintsim offered me the humbling privilege of being their standard bearer when they already had someone who, in the memorable words of the late President John Evans Atta Mills, was already in motion. It means a lot that they took a leap of faith in trusting in my words, acknowledging my record and believing in my vision. I am grateful, honoured and privileged. But I also realise the weight of expectation that this comes with.

When in 1992, we as a nation decided that we were better off returning to a representative system of government, we did so not only out of a desire for unbridled freedom, we also believed that the freedom of choice inherent in the system would yield better government and the so-called democratic dividend of accelerated development. We believed that Ghanaians of sound mind and above eighteen years knew, collectively, what was best for them, had a right to hold their leaders to account and should not be prevented from selecting new ones when they had the opportunity to do so. This is the system we see at work today.

For those of us who won the primaries, especially, we have to be very mindful of this power that is wielded by the people. The very thumbs that put us where we are today have an undiminished capacity to return us from whence we came. It is a sobering realisation that must guide all our actions and thoughts. We have been elected to do better and we cannot do less than that.

This means that we have to work ever more actively to retain the trust and confidence that our electors have placed in us. For politicians, the voting public are our customers and if we don’t want them looking at and purchasing the other goods on offer, we need to serve them well, remain true to the brand promise that first procured their custom and never stop improving in the ways in which we can be of service to voters.

It means that we have to do everything we can to deliver on our promises. For first timers such as myself who did not have a record as Members of Parliament to count on; we were elected on the strength of the pledges we made to the delegates who chose us. During the campaign, I set out in specific detail my agenda and mission as leader of the party in the constituency should I be elected.

These were contained in a pledge card that I gave to every delegate and encouraged them to keep so they can assess my tenure at the end of my four-year term. I do not have any other choice now than to deliver on those promises.

It also means being accountable and in touch with constituents. For many of the incumbents who lost the confidence and votes of our party’s delegates, there was a common complaint – they were no longer accessible or accountable to the people who had, in a very real sense, sent them on an errand.

A parliamentarian’s principal office might be in house of parliament but the truth is “the job deygrounds,” as the man said. Our duty is to represent the people with their full knowledge and participation. That is why for example, I promised and intend to hold quarterly town halls with the local party, opinion leaders, various interest groups and the general party to report on and take feedback about the work I will be doing in parliament.

These are all important not only for the career of the politician but for the very health of the republic. Around the country, there is creeping despondency about the value of electoral politics. Many have become convinced that politicians are in it for themselves; that their votes don’t change anything; and that continued participation in the process is almost futile. This cannot be allowed to continue.

The stability of our fourth republic and the longevity it has had are anchored in the collective trust we have in it as a system that will ultimately deliver equitable progress for all citizens. When this trust is eroded, it paves way for adventurers to offer another way out. Thankfully, we now have in the Free Senior High School and various other initiatives under this government, an attempt to redistribute the wealth of this nation in a way that its most vulnerable citizens can also enjoy. That is the way to go. And that is the path that all of us politicians, young and old, must take. That is my pledge and my undertaking, so help me God.

The writer is the Executive Secretary of the National Council for Curriculum and Assessment. He was recently elected as the New Patriotic Party’s parliamentary candidate in Kwesimintsim for the 2020 general elections.

‘Powers’ given to Dlamini-Zuma under scrutiny

Mom of schoolgirl killer says son ‘is not the real culprit’